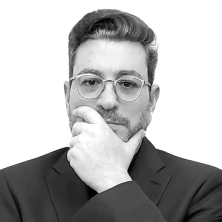 GOD created the original Bible as a long coded string of 1,202,972 Hebrew letters preserved forever to maintain the code2GOD (32 mathematical codes used to discover GOD’s messaging to humanity). The original Hebrew Bible was then made into 306,757 words, fitting 23,204 verses, divided into 24 books and 929 chapters. Human translations can still be read only as stories with limited parables but without the code2GOD.

Does heaven exist?
NO. There is no physical place mentioned by GOD in the original Bible relating to a wonderful euphoric place like heaven. If reaching such a wonderful place was conditioned upon certain terms and behavior, GOD would have mentioned it, or else it may be a tricky GOD which we don’t want to follow? The feeling of “heaven,” however, does exist. When you’re in love or when you reach any such high emotional state. In short, heaven is here. Would you want me to prove it to you? Read next tab:
Find your heaven right now (self test)
Do you believe that heaven is a wonderful place you should inspire to be? Do you really believe that heaven is better than life on earth? If you answered “yes”, then would you end your life right now and move there, to heaven?  I would guess your answer is “no” and therefore the conclusion is that: Conclusion: there is no physical heaven or if there is, it’s here on earth and you can live it.
Where is heaven?

For you, as human, and as proven in the previous answer, heaven is here, on earth, when you understand life and GOD. Your soul nefesh 430 נפש or higher soul neshama 395 נשמה, however, may be joining the others souls.

Will I go to heaven?

This answer is only partly based on code2GOD since we have not fully analyzed the “soul נפש” and the higher “soul נשמה”. In fact, we’ve learned that subjects are revealed to Don Juravin when GOD decides so. The matter of the soul has been asked from GOD in the last 2-3 years and has not been answered.

We can only assume that it’s because we are yet to determine what is “I” that we wish to preserve for the afterlife. What is the unique parameter that identifies “I” which is similar to a social security ID or a fingerprint that we wish will continue to the “next world.”

Since our bodies are merely flesh, we have first to identify the would or the “higher soul.”

Why do people think heaven exists?
The formation of mainstream false religious beliefs stems from the dramatized misinterpretation of GOD’s original Hebrew Bible. Let’s compare the Word of GOD with the human-translated King James bible: World’s most accurate translation: IN GENESIS-ORIGIN (בראשית) GOD (אלהים) BROUGHT INTO EXISTENCE OUT OF NOTHING (ברא) THE SKIES (את השמים) AND THE LAND (ואת הארץ). Official KJV 1611 Dramatization IN THE BEGINNING GOD CREATED THE HEAVEN AND THE EARTH #1.  Genesis bereshit בראשית is “origin.” The word “Beginning” describes a linear human timeline that was created only on the fourth day with the formation of the sun and the moon. Time and space are merely human-limited concepts of dimensions. #2. Kids, humans, and scientists “create” based on the limited 118 chemical elements available on earth. Contrary to translation, GOD baraברא which means to bring into existence out of nothing. #3. Shamaim שמים means “skies” (plural of sky, representing multiple layers) and not “heaven” which carries a connotation of a rewarding realm. KJ’s addition of the mystical “heaven” (which doesn’t exist in the original Bible) and the fictional addition of “hell” (which also doesn’t exist in the original Bible) was a call for. Out of 34 Bible translations, only KJ added 35 fictional “hell” words to scare the masses in 1611. It was then reduced to 19 “hell” mentions in the current version. #4. Erez ארץ means “land” while “earth” is a dramatization misleading to think of planet earth.
Why did the KJ Bible dramatize and add myths?
Did KJ interpreters purposely add dramatization and myths? KJ’s official site uses “darling terms” to admit that the KJ bible is full of flair: “The translation is most noted for its poetic feel – prose that seems to flow with a certain rhythmic quality.” The sheer fact that the KJ bible had human errors and multiple translations simply implies that it is the “story of the Bible” and not the HOLY BIBLE. Don Juravin, whose first language is Hebrew, reads the Bible in its original language and is the inventor of the code2GOD, believes that it can’t be that 50 interpreters mistook the “oryx” animal for a mythical unicorn. There is no doubt that KJ wanted a more entertaining type of bible to probably compete with the church’s copy of the bible. In short, KJ created a “story of the bible” and not a true translation of GOD’s Word. As proof, see other translations which didn’t create “hell” and “unicorns.”
What is Eden or Garden of Eden גן עדן?
It’s life with GOD’s protection and blessing conditioned by following some of GOD’s basic rules. Is Garden of Eden the ultimate Biblical heaven? NO. Garden of Eden is a Biblical parable describing what good life can be like when you please GOD. Why Graden of Even is not the euphoric heaven where you have no worries and no obligations? #1. Because GOD describes Eden 124 עדן as having “gold 14 זהב” and other gems which are a scarce commodity of trade which has to do with labor and negotiations and trickery. In short, competition of trade, just like life as we know it. #2. The presence of the tricky snake 358 נחש in Eden is not aligned with a euphoric place. #3. It is obvious that GOD expected Adam & Eve to procreate and under no circumstance are kids “worry-free” or else humanity will not evolve. That is, parents raise their kids to be better than them and that involves challenging and heartbreaking, and disappointing incidents. #4. Genesis 2:15 GOD placed Adam in the Garden of Eden 177 גן עדן to work and protect it לעבדה ולשמרה which, again, doesn’t fit a euphoric worry-free place. #5. Eden 124 עדן follows war 123 מלחמה

Does hell exist?
NO. There is no physical place with fire and demons. There is no such place of punishment in the original bible. The expression of “hell” or “go to hell” only refers to psychological discomfort or torture. In the original Bible, the words that are equivalent to hell are; “sheol,” deep dark place”azazel,”
Where is hell?
Soon
Will I go to hell?

What is a sin?

According to code2GOD and the original Bible, sin is “חטא” and its coded number is 18 just like “חי” alive. We learn that GOD thinks that simply by being alive you perform sins. However, it also means:

Does GOD know what I think?

What are the Biblical Hebrew words for "hell"?
What does the Biblical or Hebrew “hell גיהנום geyhenom” or “hell עזאזל azazel” or “hell שאול Sheol” really mean? Hell גיהנום “geyhenom” exists in Hebrew and not in the Bible. Some religious scholars who read the original Bible mistakenly think that it is in the Bible but it’s not. It’s possible that the word גיהנום derives from the name גֵּי בֶן הִנֹּם Gay Ben Henom or the valley גֵי הִנֹּם Gay Henom which babies were sacrificed by fire to “a god.”  Respectfully, Jewish interpretation Talmud or Mishna (not the Bible) goes even to describe the ridiculous punishment of 6 months in the fire and 6 months in the snow. Why ridiculous? because these punishments can scare a body but not a dead body or a soul. Hell עזאזל “azazel” is mentioned three times in the Bible as a form of a sacrifice and not as a place of punishment for humans. It is used as a figure of speech “go to hell.” Hell שאול “Sheol” is a reference to a deep dark underground place of sorrow, similar to Hebrew words for hell and their meaning: גֵיהִנוֹם geyhenom hell, Hades, inferno, purgatory, pandemonium שְׁאוֹל sheol underworld, lower world, Hades, pandemonium, hell, abyss אֲבַדוֹן avadon doom, destruction, perdition, ruin, hell, abyss בְּאֵר שַׁחַת be-er shachat hell, grave תוֹפֶת tofet inferno, hell עֲזָאזֵל azazel hell, damnation

Is life a free will?

What is a good person according to GOD?

Can I fix the past occurrences?